For the rooftop images, we climbed over the roof building to take these shots.
Jacobo was wearing a Francis Monteninos jacket and he was secured with a
harness hidden under the jacket, later erased in postproduction.
I used an octabox with a strobe light placed over the head’s model.
Settings were high-sync shutter speeds with neutral density filter in front of the lens.

For those takes inside Cafe de las horas, I used a simple small square soft box over him with a small speedlight.
For the series inside La Maleta de Victoria (handcraft workshop) I used continous LED light boxes placed over
him and some others hidden around the objects acting as practical lights. 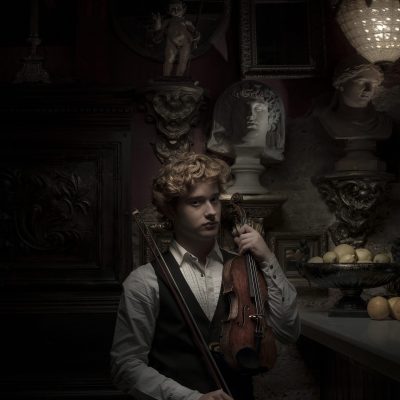 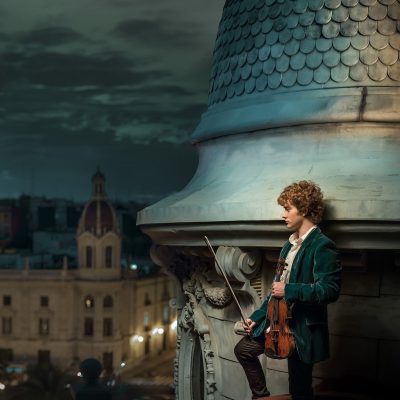 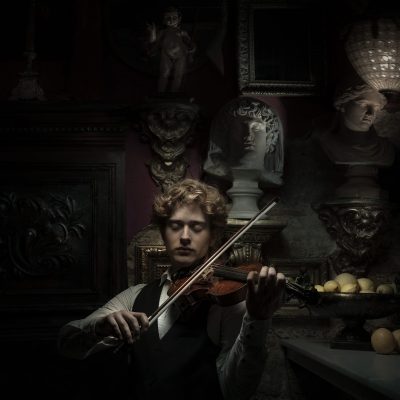